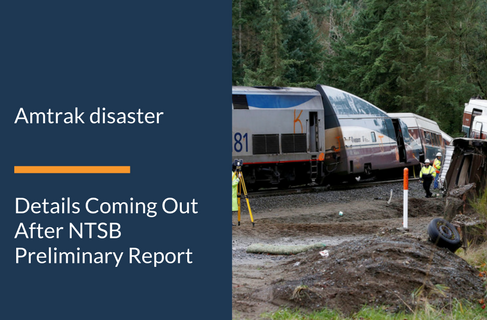 More details are coming out about the serious accident from December 18, 2017 where an Amtrak train derailed from a highway overpass near DuPont, Washington.

The train was traveling at 78 miles per hour, more than twice the speed limit of the curve that the train was attempting to negotiate, resulting in the derailment.  Fourteen highway vehicles came into contact with the derailed train.  Four people were killed and at least 60 more injured.

The investigation into the exact causes of this terrible event is still on going.  To read the NTSB preliminary report, please click here:

If you are looking for a proven professional, then please give us a call.