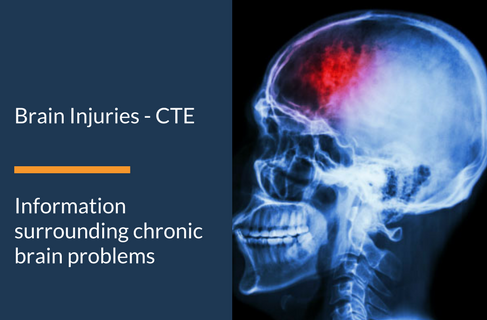 A new study focused on the mechanics of chronic traumatic encephalopathy or CTE is changing our understanding of chronic problems with the brain. It has long been thought that CTE and concussions were related, and that one was a naturally recurring effect of the other.

This study sought to examine why twenty percent of all athletes who were diagnosed with CTE had actually never been treated for a concussion during their athletic careers. This study of the brains of dead athletes presented a problem for researchers. How were they to study brains afflicted with chronic traumatic encephalopathy that had no history of concussion injuries in living subjects?

What Is CTE And How Does It Occur?

CTE driven depression has been blamed for a number of suicides among former athletes afflicted with the condition including former New England Patriot Aaron Hernandez. Hernandez, who committed suicide while serving life in prison for murder in 2017, was found to have CTE so severe that from a criminal law standpoint, experts believe he may not have been wholly responsible for his behavior and antisocial tendencies due to the advanced degenerative changes in his brain.

Studying A Living Brain For CTE

Until just recently, the only humane way to study the brain and the effects of concussions and other chronic brain problems had been to study the brains of athletes post mortem. The study instead used live mice, who were subjected to repeated light blows to their heads over a period of time and the resulting reactions were dutifully recorded. The results of the study were startling and reshaped what had been the prevailing theories on chronic traumatic encephalopathy.

The study revealed that blows hard enough to cause concussions were not necessary to bring about the condition. Rather, repeated blows that we just hard enough to sufficiently jar the brain inside the skull were in fact, sufficient to trigger CTE.

The impact of this study on our understanding of how it is that this brain problem can come about has underscored the fact that children playing sports should have minimal head impacts, lest they do permanent and lasting harm to their still growing brains. This implies that until a child is at least 14, they should probably not be playing tackle football and there is a serious movement among professional football players to curtail the activity among children nationwide.

The impact of this study on adults remains ongoing but suggests that if a person has been involved in a car accident, or a slip and fall event, even if the victim was not concussed or suffered a direct blow to the head, any impact that leads to the shaking around of the brain inside the skull is sufficient to start the degenerative process of CTE.

Our Experience in Legal Practice Dealing With CTE Cases

If this brain shaking occurs more than once, or worse repeatedly, like in most full-contact sports, even lacking a concussion diagnosis, the formation of these calcium and proteins in the brain folds become more likely to occur.

It is hoped that with this new understanding of chronic traumatic encephalopathy new treatments will be developed to help people live with and even prevent this debilitating condition.