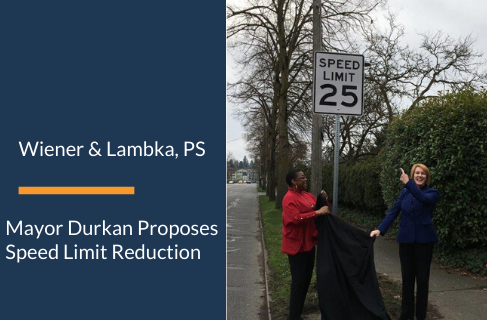 Mayor Jenny Durkan recently announced her plan to improve pedestrian and cyclist safety by reducing speed limits on city streets to 25 miles per hour. According to Mayor Durkin, a pedestrian is twice as likely to be killed if hit by a car traveling 30 mph versus a car traveling 25 mph.

According to the Seattle Department of Transportation, a total of 178 people has been seriously injured in crashes, with 25 of those incidents resulting in deaths. SDOT has reported a 35 percent decrease in crashes in areas that already have 25 miles per hour speed limits. In order to combat the rise of pedestrian deaths, the mayor will allocate an additional $200 million towards the 2020 budget in added safety measures.