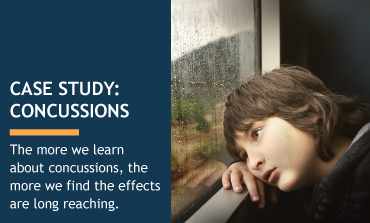 A study from Sweden demonstrates that even a single concussion to a child or teenager can have long term adverse health impacts.  The study, published in August in PLOZ Medicine, utilized an extensive database of information on the health of people in Sweden pulling data from 40 years’ worth of medical care. For each person involved the study compared similar data for a sibling who had not been diagnosed with a head injury for comparison purposes. 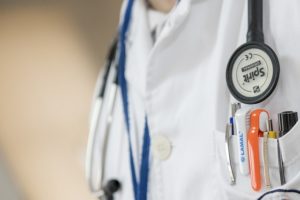 a) have sought mental health care;

b) have not graduated from high school or college;

While the study fits in the trend of demonstrating that the more we learn about concussions and traumatic brain injuries, the more we find the effects are more long reaching and more severe than we previously believed, there is also some good news. The majority of people who suffered a concussion in the childhood years went on to have no adverse repercussions to their long term health. Unfortunately, those that did have repercussions were at a higher rate and the repercussions were both more serious and more insidious than formerly thought.

This post is based upon an article in the New York Times which can be found here:

The article has a well-reasoned and well-written conclusion:

If a young person does suffer head trauma, he continues, more and longer-lasting monitoring is also probably a good idea. Such monitoring may be especially important if the child shows any signs of “a decline in psychosocial performance,” he says, such as a drop in grades or a change, even subtle, in personality. A neurologist can provide useful assessments, and regular follow-up neurological assessments may need to be continued, even into adulthood.