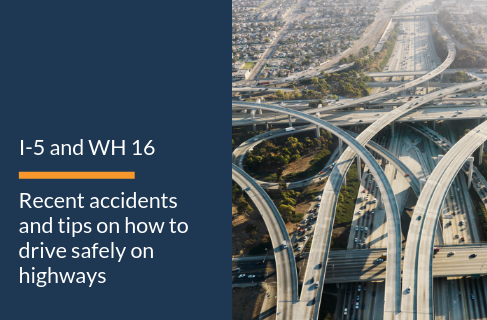 I-5 and SR 16 interchange appears to be a dangerous area for drivers.

KIRO 7 news reports that there was a semi crash in I-5 that resulted in all lanes being blocked in both directions, early in the morning on January 23, 2019. The semi driver lost control in the wet conditions and struck several cement barriers, sending one or more into the opposite side of the highway, closing all lanes for the clean up. The area is currently a work zone.

KIRO 7 further reports that there was a similar crash in this area the previous week and that this is the sixth semi that has crashed into a barrier in this area since October of 2018.

The Washington State Department of Transportation has been re-evaluating and making changes to the area to try to address any concerns about how the lanes are marked and what signage and visual information is there to help drivers navigate the work zone. WSDOT pointed out that in each incident, the weather appeared to have played a role along with the drivers not adjusting their speed appropriately.

If you are traveling through this area, it would be prudent to pay closer attention, slow down, and leave more space than usual so as to avoid being part of a highway accident.

The KIRO7 article upon which this post is based can be found here.